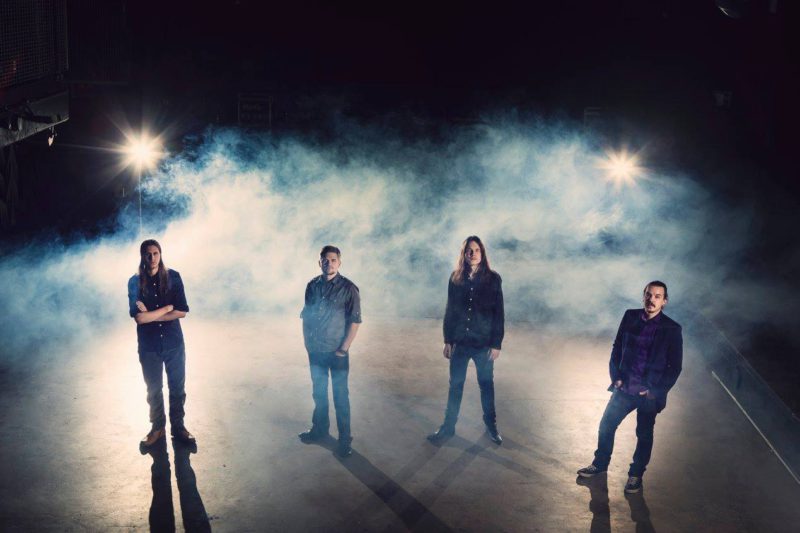 At the rising of the sun your house is built on stone foundations and the hand in yours is warm. Your future is painted in certain, solid colours and the rays of dawn touch all you see with gold. Yet in the space of a few brief hours, clouds gather and rain falls. The view ahead is lost in shadow, that hand of warmth and support turns cold and slips from your grasp and stone turns to sand. At the setting of the sun all you know lies broken and loss haunts the fallen ruins. The last flickers of gold are doused in the purple hues of dusk and the night of impermanence has begun…

Impermanence is the second album of richly melodic, deeply expressive, modern progressive rock from Amsterdam’s BURNTFIELD. Each note on this beautifully eloquent collection carries a weight of meaning and resonates with powerful emotion that stirs the memory and touches the heart. There is a clean simplicity to the songs’ construction that the intricate performances work within, allowing the melodies to take flight and entrance the listener. The present moment slips away as tracks like ‘Back Again’ and ‘Everything Will Change’ unfold and bittersweet reminiscence embraces you. While guitarist-singer-songwriter Juho Myllylä’s words are clearly intensely personal, the honesty of their expression makes the experiences described universally relatable. It’s this honesty and emotional openness which makes Impermanence more than just a brilliantly played and magnificently written album of modern progressive rock; it lifts it to the level of something truly special that can connect with and affect everyone who hears it.

Juho Myllylä formed BURNTFIELD in 2012 and since then the band has released two EPs, two singles and excellent debut album Hereafter, that was hailed by Prog Planet for its ‘majesty and splendour’. However, when label Progressive Gears Records release Impermanence on November 12th, a new chapter for this remarkable band will begin. With this album Juho Myllylä, along with bassist Maarten Vos and drummer Steven Favier, has opened a previously unseen door and crossed a threshold of experience. Together they have captured the essence of that moment when the fragility of existence is understood and innocence is inevitably lost. This is the sound of a dream breaking as the impermanence of the world is revealed.