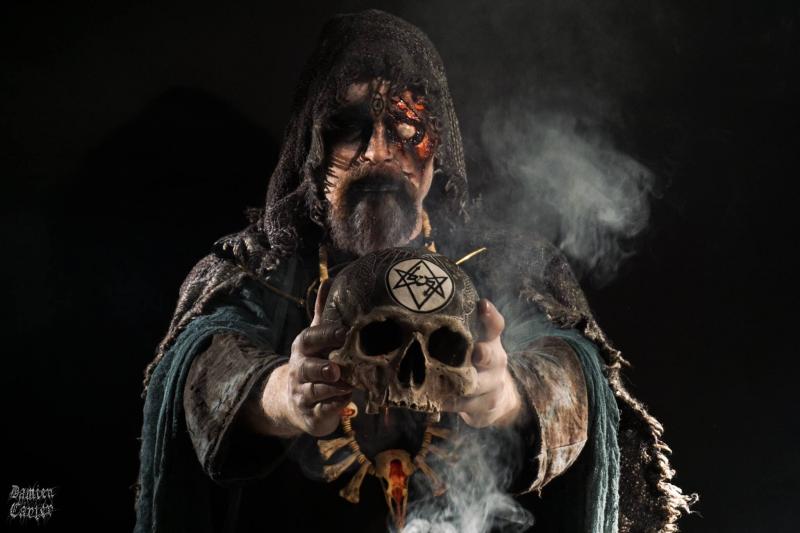 After 14 years since the last line-up changes Black Altar is no longer a one-man project. Shadow (bass, vocals) was joined by M.A. (guitar, vocals), E.R. (drums) – both from ONDSKAPT, and T.R. (guitar) from SPIRITS WAY. After successful split with BEASTCRAFT, new line-up has just started working on the new mini album “Nekromantic Revelations”. The music on it will differ from the already know Black Altar’s style, it will be slower, more mystical and haunted. The material will be recorded by the end of this year/ beginning of 2019 in Sweden.

After the mini album is released a 7” split with Norwegian KIRKEBRANN will be unleashed as heavy picture disc.

Before the new mini album comes out, 2013’s mini album “Suicidal Salvation” will be re released on vinyl, digipak and limited wooden box with 3 tracks from the split with VARATHRON and THORNSPAWN as a bonus. There will also be reedition of a debut album “Black Altar” with new mastering and artwork.