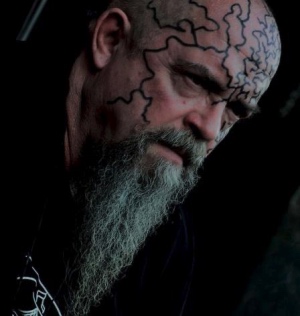 To introduce to the (black) metal fans the name of Jiří “BigBoss” Valter would be rather redundant. All who the scene as such surely know that this native of Brno is an iconic persona in the metal world, primarily thanks to his band ROOT, which stands among the foremost heralds of the so-called second wave of black metal. It is surely a similarly well-known fact that BigBoss is the founder of the Czech branch of the Church of Satan. And to complete the list, we cannot omit two other projects of the Master – the mystical congregation EQUIRHODONT, established in 2002, and his own solo act, called simply the BIGBOSS BAND that formed in 1994. And it is this last entity, i.e. its upcoming new and final full-length that is the focus here.

So, the cat is out of the bag so to speak. The BIGBOSS BAND is saying farewell with its fifth studio album. That said, it is only this solo enterprise that has reached its conclusion, meaning that ROOT for example very much continues in all their studio and live activities. And now that the infernal fanbase is at least somewhat at ease, let us delve into the recollections that is the core of this final BIGBOSS BAND offering. 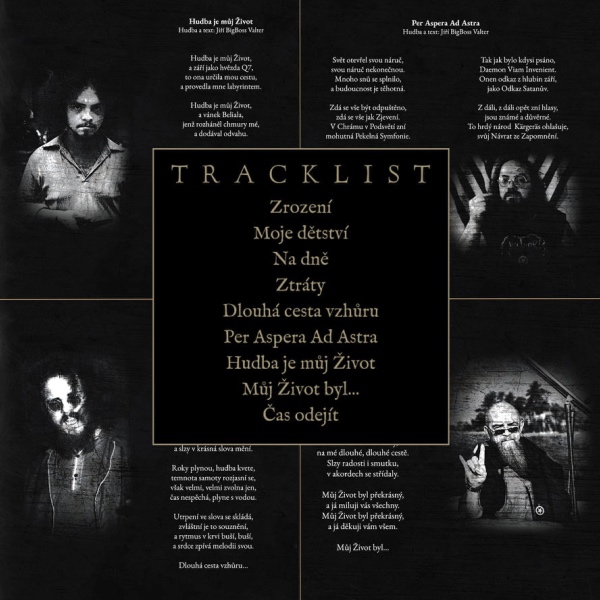 It has been known for some time that the new album’s title is “Než zemřu” (that is, Before I Die). An apt title indeed, as these words hit like a massive marble tombstone, and in fact precisely encapsulate the subject matter of the whole piece. For the album discloses the fascinating life’s journey of the Grand Magus, from early childhood, over times of happiness and sorrow, telling tales hard to imagine for the mere mortals, to the present point, wherein he writes his own epilogue.“Než zemřu” is thus simultaneously the beginning and the end, the alpha and the omega. And with it, BIGBOSS BAND keeps on following the personal lyrical trajectory that was already apparent on the previous albums “Doomy Ballads” and “Sbírka černých růží”, though melancholic as they may be, their successor exceeds them significantly in this regard. Afterall, BigBoss himself promises a great deal of sentiment, as he states in the message to his fans: “I think you will be pleased and thrilled, and I assure you that you will weep…all of you. All you tough metalheads, tattooed from head to toe, here you will know my life in nine songs, from A to Z.”

A great goodbye thus awaits. And so that is a proper one, BIGBOSS BAND is preparing a string of several exclusive shows, where the story of this solo project shall reach its definitive conclusion. There is surely no need to emphasize that you should not miss this grand finale to the solo career of the Grand Magus, so let us add instead that beside the new album, which you can now pre-order on MetalGate e-shop, you would do well also to get an ample supply of handkerchiefs. You will need those.