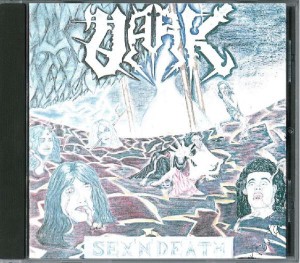 This CD will be designed after the original 1992 release, taking elements from the original layout with attention to detail, even down to the logo and typeface for a touch of nostalgia. Also featured are unpublished band photos, lyrics and new liner notes by original vocalist Jiri “Desed” Sedlacek .

CD limited to 1000 copies worldwide! Stay away from BOOTLEGS! Support the band and official releases!!