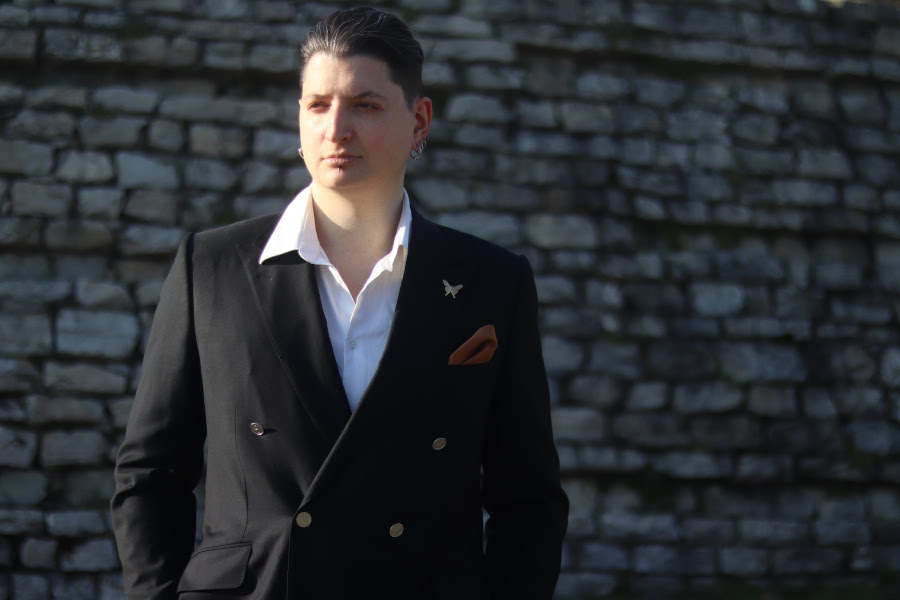 NEFARIOUS MASH is a one-man band of black metal funded at the end of 2021 by Eddy Jaber, a contemporary music composer who wanted to build bridges between this music and extreme metal.

Its aesthetic consists in a mix of two worlds: combining the brutal scene’s power and bestial energy with the richness of avant-garde’s vocabulary. That’s how on November 18th, 2022 he released his first album: In Memory of Your Hopes, which contains nine tracks for a total running time of 50 minutes.

The result is an extended approach of harmony, with some colors taken from contemporary music and jazz, provided by a very thick, powerful and frontal wall of sound. A few polyrhythmic surprises are made to punctuate those harmonic constructions, leading to violent, unstable and boiling surges of sound. A lot of voice tones come to interpret the lyrics with strength, but also with flexibility to make the voice a real rhythmic thing unto itself despite abundant prose lyrics.

The lyrics of this album (influenced by Nietzsche) describe the wanderings, traps and behavioral poisons which ruin the greatness of modern men, but also their psyche and the relation they have with their fellows. It’s also about the illusory mechanisms by which they try to escape the awareness of this perdition, ever more necrotic and unworthy. A portrait of the inner evils eating us all more or less is drawn from there, portrait which invites the reader/listener to think by questioning his own condition.