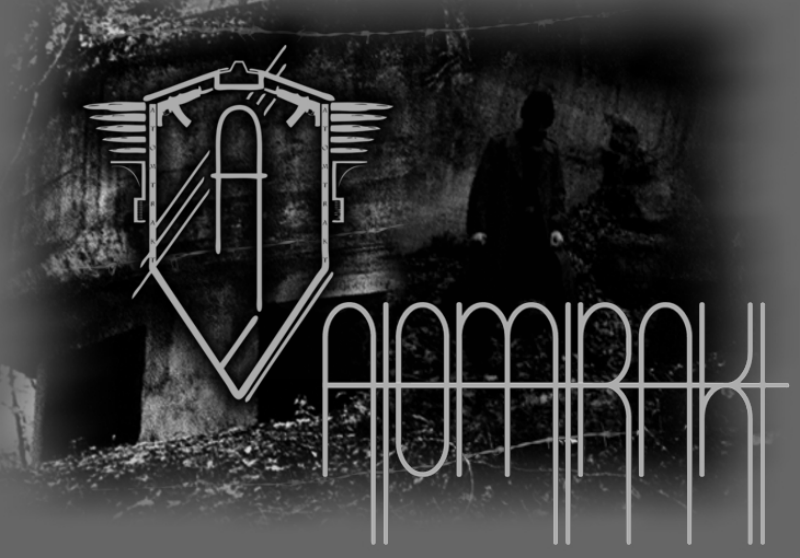 Hi Christoph! The latest piece from your project ATOMTRAKT is EP „Heimkehr“. So tell me at the beginning the circumstances of its creation. Was it about the unused material from the past or is it about the new songs composed for this EP?
Yes, the latest ATOMTRAKT release is an EP which is entitled “Heimkehr” – It was released in Spring 2017 by Rehorn / MNDR (Germany record label) – The idea came up when the label started to release limited special releases (wooden boxes) with lathe-cut EPs a while ago. As ATOMTRAKT was already in touch with the label in the past, we thought that it would be a good idea to release this EP in the form of a special wooden box. It is only limited to 30 copies. The material used on the EP, are three songs: “Das Erwachen”, “Angriffslust” & “Heimkehr” – “Das Erwachen” was previously released on two underground digital compilations in 2012 but never in physical format. “Angriffslust” was composed for the Swiss Black Metal band ENOID in 2009 and was previously released on one of their records in 2014 I think. “Heimkehr” was supposed to be on a compilation in the past but it was never released – So this one is truly un-released. It was created in the “Sperrstelle Nordost”- times if I remember correctly. 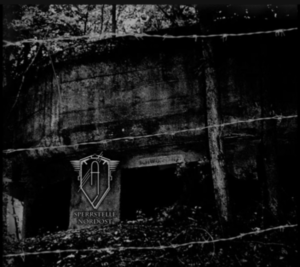 If we are talking about the new EP, it is not possible to not remark its really perfect visual design. How did you come to the idea of wooden box in which the vinyl is placed and if the listener wants to get it he must first unscrew the top plate?
I have always been a big fan of un-usual packing when it comes to releases of CDs, vinyl etc. The idea with the wooden box and the screws came up by the label and I liked the idea very much. I am always looking for new special packings for releases and I did many in the past. For ATOMTRAKT, I like the metal box with the lasered engraving for the album “Sperrstelle Nordost” most, I think.

The EP was published only in circulation of 30 pieces. Should it be perceived as thank to the most devoted fans and collectors at once who must have the whole discography?
Yes, you can see it in a way like this. I am a very big fan of limited (hand-numbered) releases and special editions. This ensures that the release remains “special” and that only individuals who are really interested get it. Also for other projects I released lots of limited releases. It is not about “completing the whole discography” – it is more a special release that includes rare tracks in a special packing.

This really embellished issue is not the first similar act in discography of ATOMTRAKT. You already came in the past with metal box „Sperrstelle Nordost“, which was the other collector´s delicacy? What is the feedback of the fans on the similar step?
I actually don’t receive so much feedback on these things. I am still very happy with the outcome of the “Sperrstelle Nordost” metal box. I think it is very unique and definitely a collector’s item – The problem usually the shipping of these things. Not only because of it’s weight and size, but also because of the “ingredients”. Local customs often refuse.

Let´s stay yet for a while with the album „Sperrstelle Nordost“. Wherefrom come the photos that you used for the design of this album?
The pictures used for “Sperrstelle Nordost” were all taken in the north of Switzerland, at the border to Germany. During both world wars and also during the cold war, Switzerland built lots of defence- lines towards the German border. The area is still of bunkers and secret places. The whole album deals with the area of northern Switzerland, the border lines towards Germany. 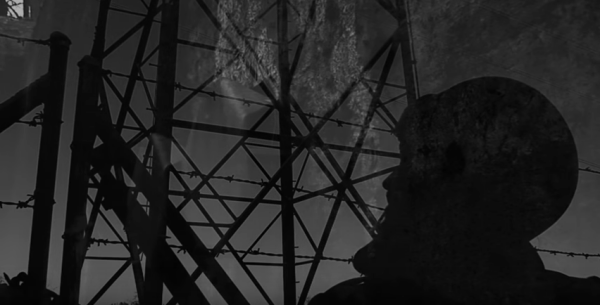 If I line up all issues which were till now published under ATOMTRAKT, I have the feeling that each album is like one chapter of the bigger whole. Particular issues are in fact perfectly linked not only musically but also visually. Is that so? Thus what is the concept ATOMTRAKT?
The individual albums of ATOMTRAKT are not really connected I would say. Each album tells another story, but you are right, they all contribute to a “bigger” picture. The concept of ATOMTRAKT is to use themes in order to feed the bombastic, martial, heroic, atmospheric, monumental, cold, industrialised and militant Dark Ambient that Atomtrakt is creating. „Speerstelle Nordost“ for example deals with Switzerland in the cold war / both world wars, „Artefakte des Verderbens“ with the 2nd WW and Russia, „Nuklearchetyp“ more with the atomic age and for example „Inmitten von Trümmern und Ruinen“ more with the effect of nuclear bombs. There is lots of variety in the concepts, but the basic feeling that ATOMTRAKT spreads remains the same. Meaning, the underlying atmosphere is always cold, dark, monumental & heroic. 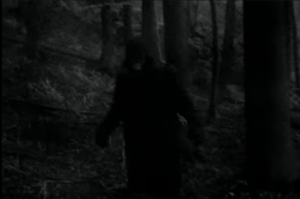 How would you characterize briefly the individual albums step-by-step?
ATOMTRAKT- Verwüstung MCD’2004: The first sign of life for ATOMTRAKT. The material used on this MCD was composed in 2003 and the MCD was released in a limited edition of 500 copies. It was more like a demo, but in MCD format. Mostly the record was spread for free in order to get in touch with some labels. Later, the MCD was also released on tape. This first release marked the start of ATOMTRAKT, spreading cold, industrialized and militant dark ambient. The equipment 15 years back wasn’t that great but I am still happy with the outcome. Of course, one would always want to do things different afterwards. But when thinking of the equipment used at that time, I think the outcome is still spreading the atmosphere I wanted to create.

ATOMTRAKT- Inmitten von Trümmern und Ruinen 7″ EP’2004: This EP was released by the American label Mercenary Musik – Limited to 500 copies. It also includes material from the “Verwüstung” era from 2003. The two songs featured on this record are in the same vein as the debut-MCD: Cold industrialized Dark Ambient. It is difficult to classify the style in general. Most probably magazines and reviewers call it “Martial Industrial”. However, I am hesitating the classifying the music as ATOMTRAKT encapsulates lots of different styles and elements.

ATOMTRAKT- Schutt & Asche DIGI CD’2005: The debut full-length album of ATOMTRAKT. It also includes the “Verwüstung” tracks as bonus. The album was released in DIGIPAK format by Mercenary Musik in the USA. The album is dedicated to the grandfather of a friend who was positioned in northern Norway in the 2nd WW. The cover shows Narvik / northern Norway. The style of the debut album is very similar to “Verwüstung”. 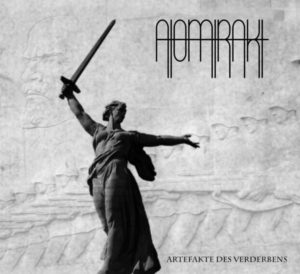 ATOMTRAKT- Nuklearchetyp DIGI CD’2007: Another ATOMTRAKT- release by Mercenary Musik (USA). On this record the whole ATOMTRAKT- sound got more bombastic and heroic I would say. It also includes a video clip for the song “Eisenkerker”. The album was written in 2006/2007 and the whole martial atmosphere got more “dense” with this record.

ATOMTRAKT- Sperrstelle Nordost DIGI CD’2009: A conecpet album dealing with Switzerland in WW1/2 and the cold war. It was released by Steinklang (Austria) – It is the most diverse ATOMTRAKT record up to date I would say, because the songs differ quite a lot. There are martial and bombastic songs there but also calmer songs and the use of acoustic guitars. E.g. the video clip that is on the album (“Trauermarsch”) is a calm rhythmic hymn for soldiers coming back from war.

ATOMTRAKT- Artefakte des Verderbens DIGI CD’2011: The best ATOMTRAKT album until now I would say. Theme-wise, it deals with the war in Russia (WWII). The whole album is the most bombastic ATOMTRAKT album so far. The atmosphere is very dense and frightening. Heroic and bombastic, too.

ATOMTRAKT/ARDITI (SWE)- Split 7″ EP’2013: A great experience to have a split EP out with ARDITI from Sweden. It is a good mixture of songs on this EP and I am very pleased with the layout, too.

What is your main inspirational source regarding ATOMTRAKT?
I am inspired about all and everything. Mostly, the destructive and dark side of things when it comes to Atomtrakt. One gets inspired by all things that are around. But for ATOMTRAKT it is the cold, destructive, heroic and bombastic side of the world. 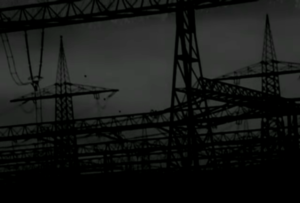 In addition to ATOMTRAKT and a few other projects is your supporting band VINTERRIKET. How do you create the new material? Is it so, that you concentrating create the whole album, or you simply create the compositions that you, following the mood, allocate to particular projects?
Usually the albums are concept – albums. VINTERRIKET deals with the dark side of nature in all its forms and shapes. I would regard VINTERRIKET as my main project, as it exists since the very beginning. ATOMTRAKT was founded in 2003 I think. Usually I concentrate on one album for one project. In order to not mixing things.

On internet can be seen one record of the ATOMTRAKT performance. Was it unique action which will not be repeated in the future or are there more of these live presentations? How does your playlist look like?
Once there were plans to bring ATOMTRAKT on stage. But this never happened and most probably will never happen. We had a few rehearsals but that was it. The video you saw is a video from one of the rehearsals. Lets see what the future brings, but right now there are no plans for any live performances.

What are your plans to the future regarding VINTERRIKET and ATOMTRAKT? Have you any idea about new material?
At the moment, a new VINTERRIKET record is going to be released. The album is entitled “Nachtfülle” – Pure atmospheric Dark Ambient. It will be out in summer 2017 and was recorded in 2016. The album will be very limited and will be a “typical” Vinterriket album, meaning dealing with the dark side of nature. I already started with some more ATOMTRAKT material, but it is too early to say anything about a possible release. Maybe in 2018/2019. Let’s see.