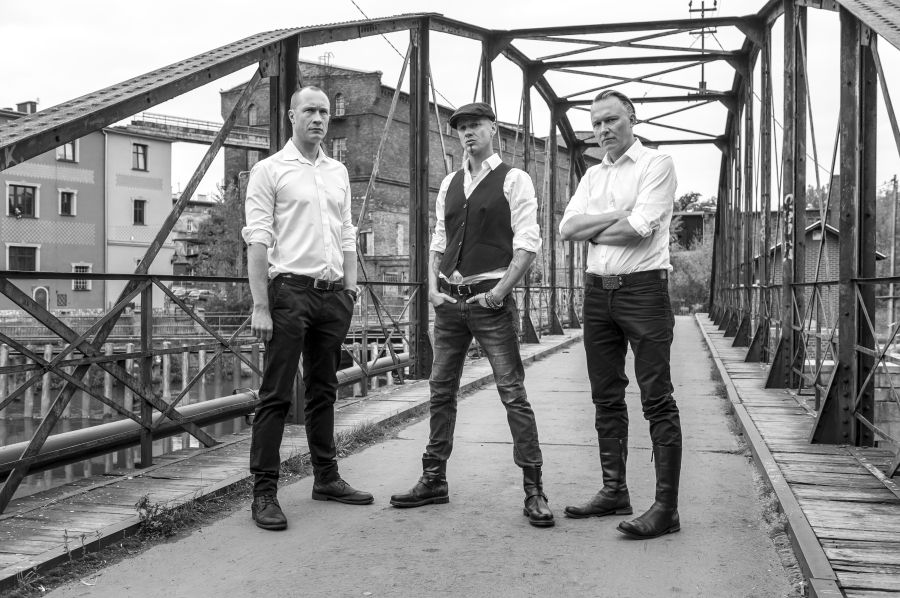 Metamorphosis, constant evolution and stylistic unpredictability – amalgamation of these three phrases has become signature quality of ASGAARD’s body of work. The band exists and has been present in the scene for over 25 years. Due to bold and widely controversial records the band is often considered as one of the most visionary in Poland’s entire gothic / rock / metal genre.

Welcome! I know your band for a long time. ASGAARD changed a lot years after years. When we go back in time, can you tell us about the time of the foundation of the band? Which bands have influenced you most and were seminal in the way your sound has formed and evolved?
Thanks, it’s very nice that you know and remember us. ASGAARD was founded in 1994 by my brother Hetzer. I joined a few months later as a 14 or 15-year-old boy. What I remember the most from that period is the fact that Poland, after the political transformation (you as Czechs also remember those difficult times), struggled with finances for several years. These problems occurred in every area (state finances, family budgets, lack of money for artistic activities). For example, I remember that for the first two years I didn’t have my own synthesizer. Every time I used a keyboard during the rehearsal at the Cultural Center. Before each concert, I would borrow a keyboard or synthesizer from another band. Anyway, borrowing instruments, drum kits or guitar and bass amplifiers for recordings was something normal. Such was the financial realities. Only two years later, thanks to my father’s help, I bought my first synthesizer (I have it to this day). Bands that impressed me especially include SAMAEL (first album, Ceremony Of Opposites, then Passage), THE GATHERING (famous Mandylion), PARADISE LOST (Icon) and many others. The exchange of inspirations took place through the exchange of CD’s and cassettes between colleagues from the same class and school.

This new album is the band’s first release in ten years, what was the reason for the long gap? Were you still involved in music in any way?
I agree that the gap is huge. Personally, I didn’t really believe that we would be able to record one more album. This does not mean that we were not affiliated with other teams or played in different bands. Especially Quazarre is an active musician mainly in the band DEVILISH IMPRESSIONS. In turn, I have helped other bands many times as a session musician (eg DEVILISH IMPRESSIONS, HERMH, ABUSED MAJESTY, LUNA AD NOCTUM, SERPENTIA, LILA VENEDA and others.). This year I had the pleasure to cooperate with, among others young and interesting bands: Sacrimonia or Königreichssaal. Each time I consider it a valuable source of experience. I can move in slightly different musical styles. Nevertheless, to me, ASGAARD is no. 1. I definitely feel the best working with Hetzer and Quazarre. Plus, let’s be honest – ASGAARD is our hobby. Apart from ASGAARD, I devote a lot of time to open water swimming and education.

How do you think “What If” stands up against your past albums? Do you think it’s possible your best album so far?
For some of our fans, this album will be the best, for others it will be the worst one. 🙂 For me personally, in some respects, this album is the simplest, but also probably the best arranged. Personally, I think the previous albums were much more epic and symphonic than “What if”. This one is a bit more intimate to me. 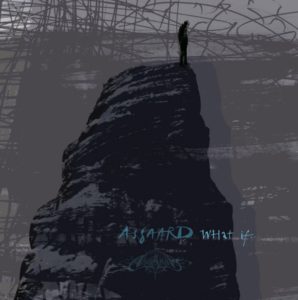 Give us a description of the current album, as well as the band’s relevance to the fans in Poland. Can you describe position of ASGAARD on indepedent scene?
ASGAARD is a bit of a dinosaur of the Polish metal scene 🙂 These younger metal musicians associate the band ASGAARD from many years ago, but they think that ASGAARD simply does not exist for many years, that it went extinct a long time ago. 🙂 There is a point in this, because for many years we have not been operating as a music band, but rather as a project. On the other hand, I have a group of friends who have never dealt with metal, maybe with rock only. Recently, one of my colleagues asked me if the album “What if …” is a debut? 🙂 It was very cute. Personally, I wish ASGAARD would stop being that dinosaur, but somehow still be alive.

How was the recording process for “What If…”? Did you have songs already done and just needed to record them or was the studio where songs got pieced together and finalized?
We have a rule that we don’t compose in a recording studio. The finished idea goes to the recording studio. The album “What If…” was composed and arranged in three stadiums, processes. First, my brother Hetzer prepared the “foundation” of the composition for all songs except “Not never again”. Based on this foundation, drums and guitars were recorded. The second stage was the preparation and recording of the vocals and their melody lines. I must admit that I was very surprised by the vocal lines. They were very good, melodically interesting, multi-layered. The third step was to prepare and record keyboards and loops, fx etc. It was quite a challenge for me because I wanted the keyboards to be well suited as well as add value to the album. Hence, I focused on subtle small arrangements typical of small orchestral ensembles.

Evolution of your sound is very interesting. Would you like to go a little further in this direction in the future?
Who knows. This album was very professionally produced by Przemyslaw Nowak at Impressive Arts Studio. The sound is a big merit of him. In the future, I think we will also focus on simplicity, acoustic and classical guitars. We also have the idea to record some acoustic or semi-acoustic versions of some of our songs (2 maybe 3?). It’ll be soon.

One of the characteristics of your music is its sadness, but other symbol is hope. Do you agree? Can you give a bit insight themes of lyric?
Honestly, the most appropriate person to answer that question is Quazzare. However, I had the opportunity to talk to him about it. On this album, apart from the song “Sny na jawie”, the author of all the lyrics is Quazarre. It was mainly about conveying the emotions of a person – a lyrical subject who already has some life experience has gone through a lot. Certain life decisions he made were wrong. There is a lot of nostalgia, depression and sometimes hopelessness in it.

Does the album have a constant theme running through the tracks or are they all completely different in content? How different are English and Polish tracks? Is it same emotional line?
In my opinion, the leitmotif is an attempt to answer the question of how wrong my decisions were in the past. When it comes to the Polish songs, they perfectly complement the English ones in terms of music and lyrical content. They are a natural element of this album. 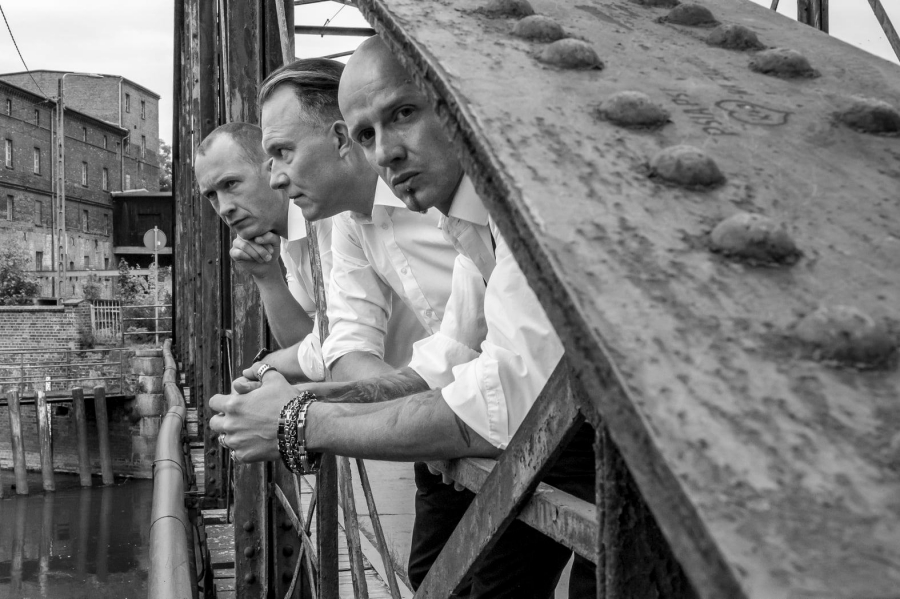 Do you have a favourite song from the new album?
Probably not. A lot of people in Poland like „W sercu nieświata“. This is their personal best. It’s quite unexpected for me.

Mates, maybe strange question, but… “What If”… what?
Apparently the number of chess configurations (it is the Shanon number and equals 10^120). Impressive value. Our life configurations are disproportionately larger. Hence my internal computer – the brain analyzes my choices. A side effect of my internal computer running is sometimes a worse mood.

We find ourselves in strange times. War in Ukraine is really horrorly. Your coment?
I don’t know what to write. I am lack of words. I feel so sorry for people dying under the rubble of houses. I feel so sorry for the refugees. In this situation, I try to help, but I feel that my help is not enough. I am not sure if there will be a war in Poland or the Czech Republic, for example. I would like to say that there will never be a war in Poland. Its geopolitical situation says otherwise. When Yugoslavia was falling apart and the cruel war between Serbs, Croatians, Bosnians, etc. was going on, I was convinced that it was far away. When both wars were going on in Chechnya, I also thought it was far away. When Putin attacked Georgia, I also thought it was a distant local conflict. I was concerned about how Russia attacked Ukraine in 2014, but still, geographically it was a distant conflict. Now I know that I was stupid and naive. Unfortunately, I do not believe that this war will end soon. This war could cost hundreds of thousands of people, mostly civilians. It will be a world tragedy. We must remember that Ukraine is one of the world’s major grain exporters. I don’t know how some African countries will deal with this problem.

What do you think about listeners of your band?
We have some old fans who remember us from 20 years ago. They are very important to us, they are the basis of people who like our music. But I’m trying to get new fans who didn’t know us so far or who didn’t listen to metal at all. I think this is a potentially large group that can accompany us and listen to our next albums. perhaps earlier their musical interests were not consistent with ASGAARD’s “offer”, but now they can be our ‘allies’.

Thank you very much. Do you have a message for those who support the band? Are there plans for a new album?
My pleasure. Artistic activity in these times is difficult. However, this time we will use Czech patterns and we will operate in Samizdat – maybe small labels, small concerts in the company of friends. Culture doesn’t have to be popular, it has to be good! In the Czech Republic, during the normalization period – the Husak regime, the home theatre was popular. These were plays by the best Czech playwrights, including Vaclav Havel. The plays were devoted to issues that are up to date today – regimes, totalitarianism, and corruption. To all our fans out there or those who might have gotten interested in what we do after having read this interview – find the “What if…” album by ASGAARD and give it a spin on YouTube, Spotify. Enjoy the listen!