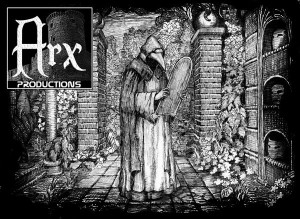 Hi Alex! How occurred to established your own label? Please tell us which were the great difficulties you faced in the beginning?
Hello! This idea has visited me in year 2007. I had close relations with the underground scene in Donetsk and Kyiv for a long period before this. And when some labels refused some my friends (and musicians in same time) in releases – it angered me. In 2008 I started to search band for the first release. It was idea fixe to make first release with foreign band. And soon band was found – Ancient Skin (Death/Black) from Italy. I had one problem only – with licensing and papers, and besides first CD I made in Russia via my friend from Backfire Productions. So were some problems with shipping lots of CDs to Ukraine.

How can you choose the bands? Do you receive a lot of offers for edition?
I can not answer unambiguously HOW! I already told about first release. “Ego Depths”, “Hexenmeister” and administration of “DOOM-ART.RU” are my friends. “Insaniae” and “A Dream of Poe” (comming soon) were found on MySpace accidentally. I can’t say that proposals were too many, but was more than one dozen during my work! He-he… If seriously… I prefer choose band for edition, and not vice versa.

Which records you choose make you happy?
Between CDs that were published via ARX I can underline only HEXENMEISTER – “…and life in insomnia” and upcoming A Dream of Poe – “The Mirror of Deliverance”. Others were quite good too, but not so interesting for me personally.

According to your editions I thing you prefer doom metal. Would you be willing to edit CD of another-focused band?
It is not so… I like more Depressive (or Melancholic) Black Metal and Depressive Post Rock. But Doom/Death was my “first love” when I was young. You will find DSBM releases from ARX in future (and HEXENMEISTER and ANCIENT SKIN are not Doom Metal too), but experience has shown that find a quality Doom/Death easier than quality DSBM. 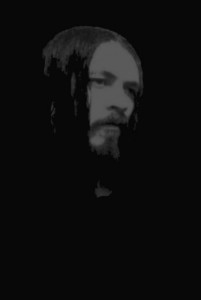 Ukrainian metal scene is very strong, so Ukraine is a large country. It is possible the bands and labels closely cooperative? Could you say if there are differences
between the situation in Kyjev and Donetsk?
Ukraine is a large country and there are lots of bands… This is fact. But only few of them are original and interesting. In addition, the general scourge of Ukrainian groups – the recording quality is complete trash. In Kiev we can find more interesting bands, but in my opinion much more from strong bands are located in Kharkiv. This is to great extent applies to Black Metal (bands such as KLADOVEST, ARYAN TERRORISM, ASTROFAES, BLOOD OF KINGU, DRUDKH, KHORS, NOKTURNAL MORTUM and so on…) In Donetsk we can find interesting avantgarde BM (Hexenmeister, Aeon9, Mourning Palace, Tangorodream…) and old school (SELVMORD, MYSTERION NOCTUM, WANDERER…). Good Stoner/Sludge also – Mozergush!!! 🙂 There are lots of bands in Kiev playing in different genres, but all of them are typical and not so interesting, exept Raventale I think… From Doom (not depending from cities) I like MOURNFUL GUST, TE DEUM, EGO DEPTHS, SIDERIS NOCTEM, SOMNOLENT. Most of good bands are published on great labels in Russia (Solitude Prod. release MOURNFUL GUST, SIDERIS NOCTEM, SOMNOLET), France (Season of Mist release DRUDKH), Germany (No Colours Records release KLADOVEST), United Kingdom (Candlelight Records release Blood of King) and so on… So what we have? Or band is great and it publishes its albums via major labels, or band is trash and even Ukrainian labels won’t release it.

I have one friend from Ukraine who lives in CZ – he said that in Ukraine is very low standard of living a he does not want to go back. How you evaluated the situation in Ukraine? I remember many your people had placed much hope in the so-called “Orange Revolution”…
He-he ))) I want to go to Czech Republic and live there also. But better – immediately to Norway!!! Ukraine is something that looks like Colombia or Ecuador. 🙂 Fuck! It was Great Empire in past – Kievan Rus’, and great people now eats shit. Here have nothing left for descendants except great past, history and great debts. Everyone who takes government and rules in Ukraine continue to plunder us only. “Orange Revolution” – is just puppet of USA from neo-Nazis/NS horde. Now we have businessmen and gangsters! I would like to burn them all!

Come back to music. If this interview will be read by the members of CZ bands what they would have to do you release them a CD?
They have to do NOTHING! If there are good bands in Czech – I will find them! Or they can send links on material to my e-mail also.

Do you know any CZ bands? If you not I can provide you with some interesting type…
I remember INFERNO, SILENT STREAM OF GODLESS ELEGY, PANYCHIDA, OBLOMOV, STÍNY PLAMENU…??? Do not remember more. 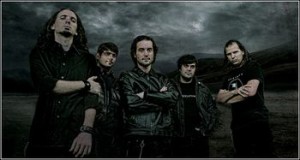 Could you name some ills you have faced in communication with bands? What can you most angry?
Nothing that I can remember. That is only sometimes I was frustrated by the fact of playing with time.

In the previous period the bands from east territory at any rate tried go under west Europe contract. Now we can see that the west Europe bands conclude contract with east Europe labels. What it is cased?
East or West – does not really matter today. Bands began to realize that more important than the geographical location of the publisher is its relationship with respect to distribution. And bands are pays attention on previous releases of the label as usual.

Do you have some bands in your focus and would like to edit their CD?
Now I have dialog with Oppressive Light (Depressive Black Metal from France) with Letaliis on vocal (Photophobia, Funeral Veil, Deep-pression). Maybe their first full-length will be released via ARX at spring.
I would like to ask you to tell us something about your plan… My Global plan is to kill all stupid people on the Earth. And after that – to live in the Right World. ))))))))

Thank you for interview, if you have an important info no hesitates to write here.
Thank you for questions. I want to wish for czechs to save all thy good that they have, for example: beer, Jan Švankmajer, Praha, Brno, Franz Kafka and so on… Cheers! Alexej / ARX Productions.