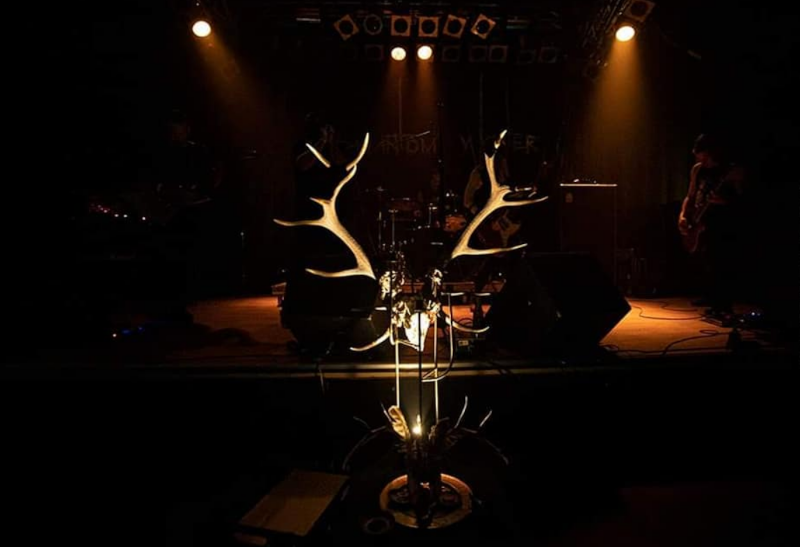 The genesis of ARDE extends back to the year 2017 in Berlin, Germany. Essentially aiming at a sound which applied inspirations extending through the D-Beat/Crust sonic ranges. Momentarily the collective brought forth a different pallet of influences, predominantly from the further atmospheric and dense realms of Black Metal. With the 2018’s self-titled debut recording, ARDE inflicted a mass of ravishing Black Metal into this dying world as the impending doom of our creation is projected unto us day by day. As the dark veil of the current pandemic spread its vicious tentacles, the German collective handled its lockdown by focusing on the writing of a new tome.

Countless hours of living and breathing the concept behind ‘Ancestral Cult’, ARDE forged a masterful work of atmospheric dense Black Metal wholly dedicated to ancient cults about goddesses and the female figure which holds a central place in many ancestral cultures. By addressing the struggle of women over time, ARDE expresses with visceral intent the anger and frustration of and for the world we live in. The dedication to our destruction fuels ‘Ancestral Cult’ with the fire and passion its concept urges for and such traits blaze in the blistering sound the album purveys.

Sonically enticing and utterly organic, the vigorous production showcases its dynamism through the miasma of cascading riffs bursting with the urgency and virulence of an avalanche, intimately partnering with a throbbing pulse of rhythmic fierceness. Sheerly intense, dexterous melodies overwhelm the ether on fast piercing gashes or heavy slower moments where the heart bleeds and the voice reach for the heavens with a poignant vocal performance. Although a small intermission halfway ‘Ancestral Cult’, “Síle” becomes the central piece on this record. A bucolic, beautifully ethereal performance by Cinder Well mystically invokes Mother Nature and the power and love that speaks from and within her.

Released on Tape and Vinyl through Wolves of Hades in conspiracy with Alerta Antifascista and CD through Darkwoods. Experience and nourish the magic, the light and the shadow, the sacred healing nature of our Mother Goddesses on an all-out epic journey of Black Metal ecstasy.