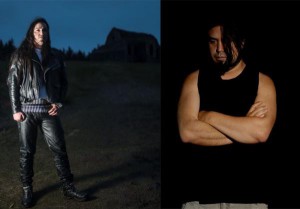 APOKATHILOSIS is a sonic weapon aimed to free individuals from a religious multi-generational trauma-based trance. The need for salvation, so deeply entrapped into the human psyche, is a lie. The advent of masters pose a weakness endlessly exploited throughout history. Herein lies the true liberating knowledge: humans have nothing to be saved from. The music reflects this concept with ferocious and burning intent.

The band was formed in 2013 by Felipe Roquini fueled by a deep passion for 90s Greek Black Metal and the eternal ongoing pursuit of spiritual liberation. A liberation unattached from masters, saviors and gospels; an exploration of the reality of the being, empowered and self-determined to live life on his own terms. Marttjn Rvbjn was invited to take part in APOKATHILOSIS based on mutual musical interests and long-lasting friendship. “Where Angels Fear to Tread’ was released in October 2015 to give light to this vision. 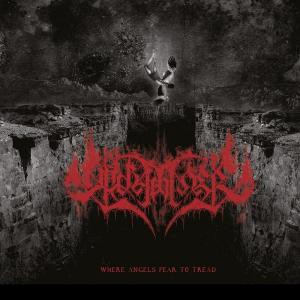 “Where Angels Fear to Tread” compiles a list majestic tunes made to incite even the most dormant of souls. The guitar melodies explore a mix of knife-edged tremolo riffs and downtrodden melodic processions, followed by heavy basslines and hypnotic snare-driven drum blasts. The lacerated vocals bring a layer of unsettling angst on the top of the songs, switching occasionally from furious screams to grievous whispers.

APOKATHILOSIS aims to make a dent in the extreme metal scene by enclosing deeply gnostic and philosophical themes within sonic forms of pure rage, in a true rebellious nature of the human spirit.

It is time to break the chains. Conformity and submission are no longer reality. Deny the model of spiritual evolution in the eternal wheel of time. Embrace the greatness of co-creation, empowered by personal attitude and self-sovereignty. Human beings are much bigger and more powerful than the vessels they travel in.