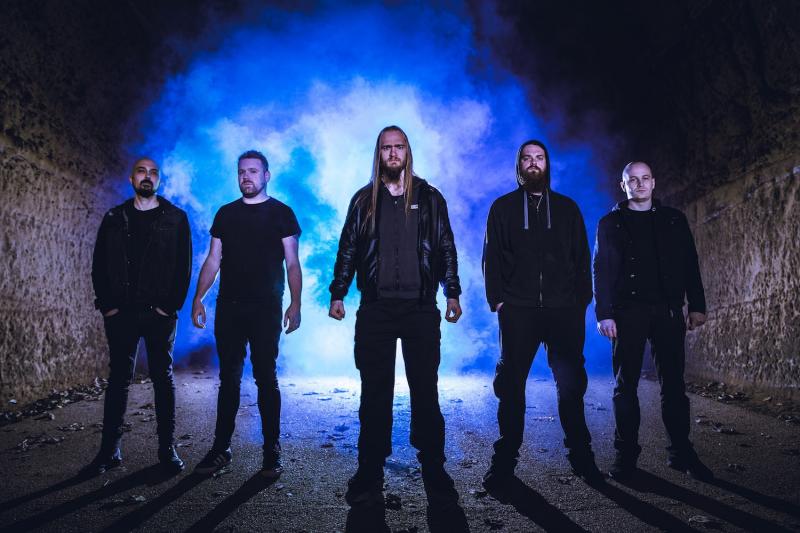 ANTRE have today announced details of their debut album, titled Void. The black metal five-piece from Nottingham, UK will release the 9 track album via Withered Hand Records in February 2019.

ANTRE – who take their name from the old English word for cave or cavern – self-recorded the tracks that make up Void in an old church. The band pull on threads from death metal, thrash and hardcore, and weave them into a dense back drop of black metal to create a claustrophobic and intense atmosphere. ANTRE is born from – and exists – in the place we all retreat to in moments of despair. The lyrical concepts explored on Void draw from stories and narratives that evoke feelings of internal human darkness and destruction. Those claustrophobic thought patterns are punctuated by moments of clear reflection, expressed in the stripped back, acoustic tracks.

Featuring members of CRUMLING GHOST, POMBAGIRA AND MEGALODOOM, ANTRE have a DIY ethos that underpins their band activities. Even the cover artwork was created by guitarist, Chris, who scratched the paint into the canvas to symbolise falling into the darkest of places.

Having already played shows with WINTERFYLLETH, WODE and THE INFERNAL SEA, ANTRE are already mapping out live activity for 2019. Their split 7″ with fellow Nottingham-based band, Underdark, was featured on Bandcamp’s top selling list for black metal upon release.