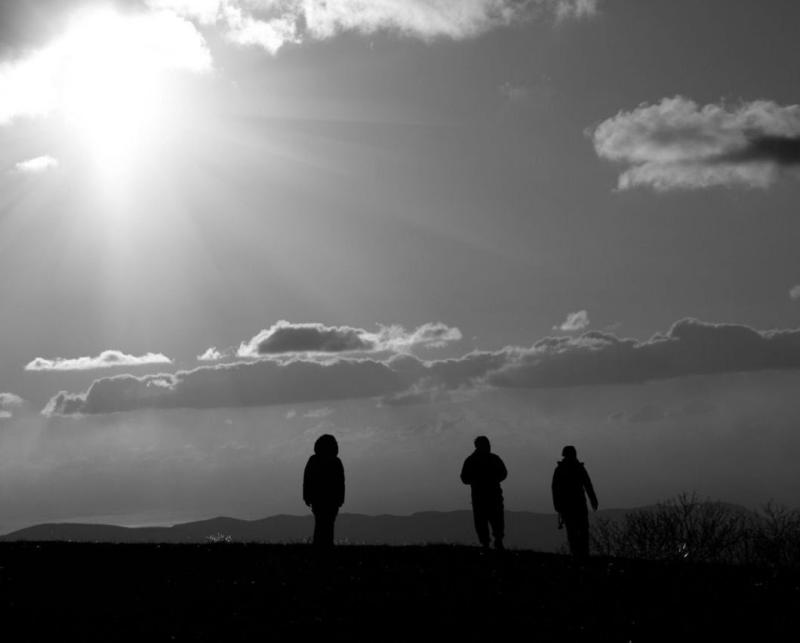 Prosthetic Records is pleased to announce the first details of the upcoming album from AN AUTUMN FOR CRIPPLED CHILDREN. The elusive trio are preparing to release All fell silent, everything went quiet – their debut release for the label.

Of the track, the band comment:
“I Became You is the first track we’re putting out there – and it’s representative of the album as a whole. The lyrics are really personal, but the feelings are quite universal and may be familiar to other people. The track is about being young and wanting to break free from your parents, and push against all that they stand for… only to later, further down the line realise that you’re exactly like them. It’s also about realising that your parents were right about a lot of things, and the love we feel towards our parents”

For over a decade now, AN AUTUMN FOR CRIPPLED CHILDREN have been emitting their distinctive amalgam of abrasive black metal and melodic shoegaze from behind a lush veil of synths and strings. Although their original inspirations – black metal and 90’s doom/goth bands – can still be detected in new material, they have evolved to incorporate so much more. Unrestrained by genre boundaries, they have created a ten track chronology of the human condition that heaves under the weight of both distortion and emotion. Vibrant melody provides a counterpoint to bleak soundscapes and harsh vocals.

Embracing an insular approach to their output, All fell silent, everything went quiet was recorded, engineered, mixed and mastered by the band. The cover art was also created by the trio, with all elements of the record shaped by their collective vision. The final package delivers an emotional gut punch of melancholic ruminations.

Opting to remain anonymous, and with live performances yet to be realised, AN AUTUMN FOR CRIPPLED CHILDREN channel everything they want to communicate via their recorded output. Often incomprehensible, the lyrics still transmit honest sentiments in a way that has resonated with fans since their first release. The universal nature of love, death life, loss, pain and misery is condensed into majestic instrumental passages and verbalised through a choir of multiple instruments, of which the human voice is just one.