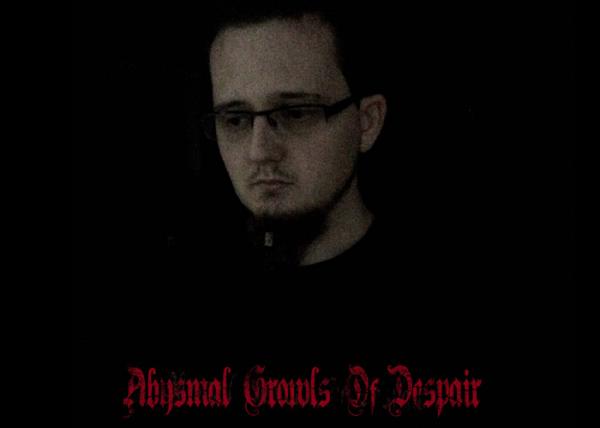 Hello Hangsvart! How are you? Does your pseudonym has it´s own deep meaning or it is purely your own fabrication?
Hi, hangsvart is from hang in English and svart in Norwegian (dark).

What influenced you in the past that you dedicated yourself to Funeral Doom metal? How have you observed the doom metal and underground scene change over the years?
I’ve started to listen Doom Metal since 2007. I was 16 years old. It’s at this age that my schizophrenia begins, with depression. I find similarity in doom metal. I have never listen the big band as METALLICA, MEGADETH, SLAYER, IRON MAIDEN, CANNIBAL CORPSE and all others. I listen only bands I like, and I like extreme doom, dark ambient, dark folk, extreme death and extreme black.

Can you introduce your older records too?
My first record was under the name Hangvart, dark metal. But I’ve left this band. 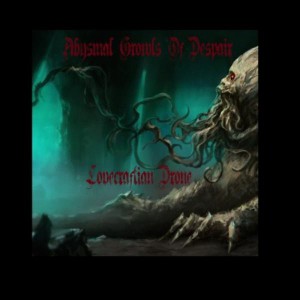 What time did you start to think about it, that you could realize some project ABYSMAL GROWLS OF DESPAIR? When you now look back, do you think, that your primary visions were different than is reality now?
Less than one year after Hangvart I’ve started ABYSMAL GROWLS OF DESPAIR, in 2013. I don’t think about a big concept, I just creat what I feel, what I need to express. All my oneman band evolve with me and my mind.

“Between My Dead” is the name of your last album. How do you view this album in the grand scheme of ABYSMAL GROWLS OF DESPAIR progression over the years? What was the thought process when working the record?
I don’t know what it will come in future, as I said all things are evolving through years. At the creation of “Between My Dead”, I was full of hallucinations and misanthropy. My inner world is really dark. I see lots of dead, ghouls, gargoyls, stillborns. And this album reflect my feelings. As all my albums I creat them very fast, something around one or two months for composition and record.

What was your term when you were composing like? Can we feel it on the album?
Yes, each album reflect a state of mind.

Has anything changed according to your writing process or recording from the beginning of ABYSMAL GROWLS OF DESPAIR? Do you record your albums at home or in a studio?
I record all at home. I have better gear. And better experience.

Does some artist or

band exists that influenced your life-stance?
Some bands cheer me up like SHAPE OF DESPAIR for example.

Are you same (as the man) like your music is? Are you melancholic person? Do you have many friends on metal scene?
Yes my music reflect me. I suffer from schizophrenia and depression since 9 years. No not really, some contacts, not many.

What about your own musical taste? Which bands or genres do you enjoy most?
I really like all music with strong ambience, as funeral, drone, dark ambient, dark folk, classical, but also brutal death, extreme black, blues, some jazz genres. In metal the most important element for me is the voice.

Could you shorty tell us about your attitude to today´s world and humanity? Problems with refugees, Islam and terrorism… etc.
Due to my illness and depression, I don’t belong to reality and your world is not mine. Yes it’s sad, but humans are like that, from the beginning to the end.

How do you resolve recent, but horrible commontions on territory of your land? Sorry, maybe stupid question, but… Are you satisfied with that, you live in so multi-cultural country, which France without question is?
There are terrorist attack in many countries not only France, but we speak only high level life countries, that’s sad. We are at the beginning of sad years. 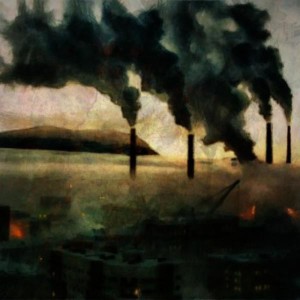 In the end I would ask you on your future plans and wish you good luck with on-coming creation. All the best!
I have an album ready for ABYSMAL GROWLS OF DESPAIR which will be available in august. I’m also working on an illustration of a book with ABYSMAL GROWLS OF DESPAIR, requested by the author. I have an album ready for CATACOMBED and PLAGUEPRAYER, which are waiting labels. I work on new tracks of brutal death for URSUS HORRIBILIS. And I’m working with SCORCHED EARTH to play live and record our first album. Thanks for your interest and your questions.