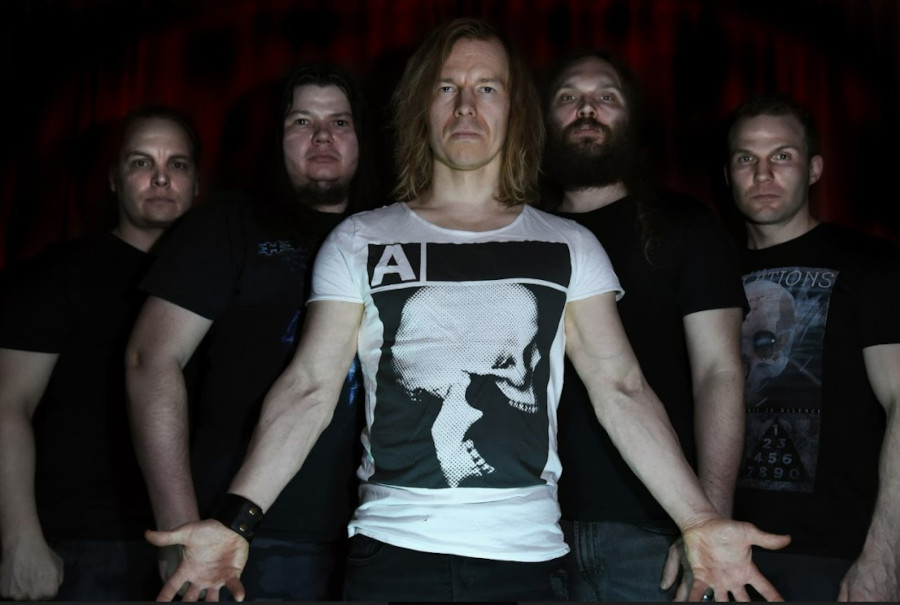 A LIE NATION was formed by a fusion of two garage bands when drummer Markus Leinonen and guitarist (currently bassist) Joonas Kokkoniemi got to know each other in the year 2009 in Oulu, Finland. The group sought its form by playing cover songs and had its first rehearsals with three guitarists while vocalist Miikka Pyykkönen took care of both singing and bass guitar. First set lists consisted of several well known metal songs by various extreme metal bands. However, it soon turned out that there was composing skills present in the band when guitarist Jussi Tuomisto introduced songs of his own for the band. As a result, covers were slowly dropped from the set list and original songs were found play worthy. At this point an obligatory change of responsibilities was also made as Joonas switched his instrument to a bass guitar, leaving the guitars in the hands of Jussi and Joni Moisanen.

The group remained nameless until the year 2010 when a need for a name became relevant as a chance for the first live performance presented itself. Miikka thought of a word play for the term “alienation” and the band was officially named as A LIE NATION. In the year 2011 the band got its first gig which also served as a turning point for pushing the band into a more serious base.

After a few digital demos the first real release was published in 2015. Human Waves EP presented the band at its more matured form. The self-published EP was recorded and produced entirely by the band members and the lessons of promotion and live performing were learned by the hard way, with no external help. The EP was received well by the metal media, and was often considered as fresh and energetic in reviews. Several gigs also followed the release and the band earned valuable live experience while pushing towards future releases.

The second EP “Begin Hate” saw the light of day in 2017. Again a production fully handled by the band, but this time the release was done by Inverse Records. The first music video “Shooting the Messenger” was also released along with the EP. Begin Hate steered more towards a black metal sound, although still retaining an energetic sound typical for the band.

After Begin Hate started a long process to produce the very first album of the band. With lessons learned from the first two EP’s, this time around things were planned more thorough. Production values were higher than ever before, and the goal was to create the most professional sounding music yet. After many obstacles the first A Lie Nation album “Sociopathology” is to be released in 2022. The album could be considered a hybrid between the first two EP’s with added tempo and aggression, still having the signature energy within. Second music video “God of This Age” will also be released alongside the album.

A LIE NATION is driven by aggressive energy springing from the dark depths of northern Finland. Black metal style vocals are accompanied by heavy, yet melodic, guitars and straightforward uncompromising rhythms. Musically A Lie Nation could be described as a fusion of melodic death and black metal.