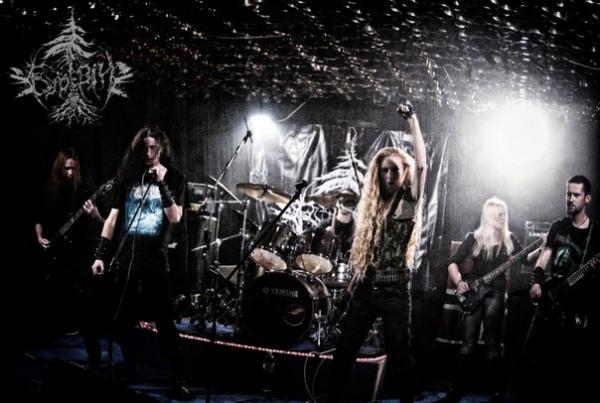 Could you start with briefly describing your band? How would you describe BUREVIY style and sound? Are you influenced by other bands while writing songs or is it just all from your own souls?
I salute you! A brief description of BUREVIY? Black metal from Lviv – we call it))). But to be honest, it’s quite difficult to define the exact musical style the band sticks to. Because we live in an era of shoreless variety of everything, when one is desperately lost in a desert of choice. Yes, we are influenced. We allow everything what we like, what we trust to come in upon our heads and hearts.

How long has the band been together and about how long do you think it took to develop your own sound?
He he, it took a while)))). The current sound is not omega though.

Can you introduce your debut album? What do you express through the songs?
The album is humid, damp, filled with fainted sonorous images. “Concealed Beyond the Space” have turned out a way too raw, I must confess. Music expresses emotions the best, so every listener can feel it. For more profound approach take a glance at lyrics. 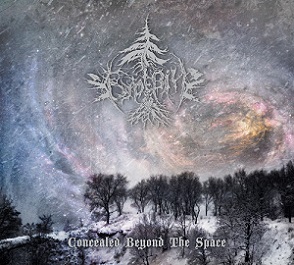 What types of topics or personal experiences influenced some of the songs from the new album? Which feeling would you like to give you listeners?
Among the lyrical themes of Bureviy are Nature, transcendentalism, intellectual curiosity, death… All this could be summed up as heathen Weltanschauung. Mythology is just a metaphor.

What can you say about this new record length release you have coming up? Where did the recording take place?
The recording occurred in Lviv, at the same place we’ve had rehearsals. The whole process took a year.

Who did the bulk of the lyrical writing and what was the inspiration for those lyrics? How important are lyrics in your music?
Generally the lyrics is mine, but I also decided to incorporate a rare poem of Knut Gamsun, Gravsted, as it corresponds the original idea of a song written by Raven. Personally for me lyrics is a crucial part of underground music. 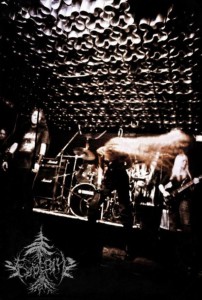 What are the necessary components and moods of a good metal album in your opinion?
IMHO those are: catching musical material recorded in good quality, conceptual artwork, and an idea behind all of it, reflected in lyrics.

Can we ever expect a folk music song on a BUREVIY album? Somehow I feel it’s possible?
This has already happened in the past. Such song could be found in our demo, the last one, it’s called Ой, Полечко-поле (Oh, field, my field).

What’s your opinion on other kinds of music?
Music is everywhere, Nature is imbued with it and this is what I revel in. Concerning music created by humans – I prefer the sense bearing one.

Ukraine and war… What’s your opinion on situation? Can you explain the origin of that conflict?
I will confine my remarks to one phrase: it’s a fratricidal war. If someone who has never been at this war thinks that he has his own opinion of it – he is under delusion.

What do you think what the future will bring for your country?
Nothing good until the people realize that it’s them who bring the future.

What’s happening with the metal music scene in Ukraine? How difficult is leading band just now? Which activities are planned for next months?
The truth is that I’m not really into metal music scene. Most of musicians under one metal genre know each other. It’s a pleasure to assume that spring 2015 was marked with several releases of Ukrainian BM coryphées. I guess it’s never burdensome to do something of value to you.

Thank you so much! Best of luck on the rest of your band!‬ Take care!
Thank you for the interview and for kind wishes. Good luck to you and the metalheads who read it.