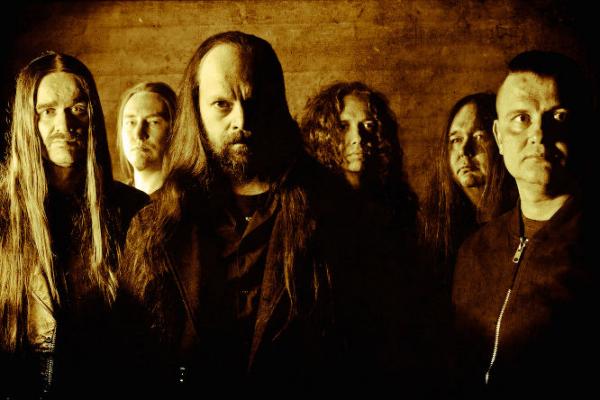 I would like to ask first something about the past… THROES OF DAWN was born in 1994 in Finland. How it all began? What were your feelings when you released your very first album? Are you sentimental when you thinking about older times?
We were a bunch of young metalheads who were all heavily into death and black metal. Originally THROES OF DAWN was formed when we combined two bands together. It was kind of magical period when there was so much time at hand. Everything seemed possible. I don´t want to look too much into the past, because in a way that picture is distorted. Only the good memories remain. But I have to say that I feel very fortunate that we have had this band alive for so long, it has given me so much content and meaning in life.

Do you guys follow today’s scene? If so, what’s your opinion on the scene now and what do you consider the main differences? If you look back to the past do you see any major differences between the fans from back then and the ones from our days?
When we started it was all very underground. There was tape trading and shitty self edited magazines, there was no other source of information really. I think it made it all very fascinating, because it was all so underground and hidden from the public. Nowadays everything is available very fast and there are plethora of bands out there. It has become serious business. I don´t follow the metal or any other scene actively. I might check some new albums from my favourite bands, but that´s it. I haven´t noticed any difference in the fan culture.Talking about the beginning of your career, what do you consider to be the main influences that made you pursue this career of singing in metal music?
I didn´t play any instruments and I wrote the lyrics, so I think it just came naturally. Of course the fact that I could do some deep growls and screams for hours on end helped in the decision. 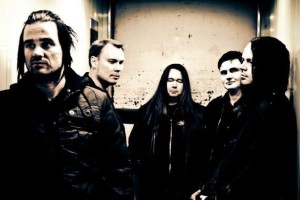 What was the band’s objective then, and has it changed in those 23 years?
We have always wanted to create music that we would like to hear ourselves. Something that gives satisfaction to us. I think we are still on the same path, even though the musical style has changed quite dramatically during this time.

Last year you released your sixth studio album “Our Voices Shall Remain” which took 6 years. Why did it take such a long time?
It took quite a while, yes. But there was many reasons. First, we had some changes in the line-up. New drummer and new synth player, and we wanted to make a fresh start with them, we didn´t want to make the same album again and it took some time to see where things are going. We also didn´t have any recording contract, so we were didn´t have any deadlines, but we also didn´t have anyone to finance the studio sessions. So we proceeded slowly, reserved studio every now and then and did recordings whenever possible. I like this kind of method, although it takes time, but then again we can guarantee that the result will be exactly like we want it to be.

Compared to your older records, “Our Voices Shall Remain” is a slightly progressive album with a lot of other elements. What sparked the decision for this sudden change in the style, and do you consider it just another step in a series of evolutions for the band?
I think we have had some progressive elements in our music since the very beginning, but now they are maybe more pronounced, since we have stripped some of the metal elements away. I guess it´s just natural progression. I think that with this record we have finally achieved the level that we have been aiming for. Now we are better as musicians and we can show it through the songwriting and do things that were not possible earlier. 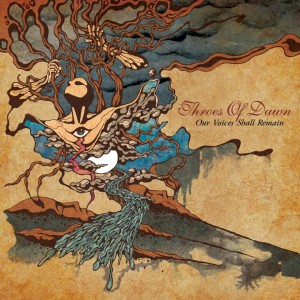 Please tell us more about the writing/recording process of “Our Voices Shall Remain”. This records is really magic and deep… How did the process this time around differ from that of your previous works, if at all?
Well, this time the writing process was totally different compared to the other albums. Normally we would have songs made by our guitarists and then we would tweek some details together with the band before the song is finalized. Now, we did almost all of the material together at the rehearsal place. We would just start playing something and see where the music takes us. There was a lot of experimentation and improvisation and of course it took a lot of time as well, but it was very rewarding when we could finally fit the pieces together and get the experience of completing something together.

Do you come up with the concept first and then start writing music for it? Or do you write a bunch of songs, and then start thinking what they can be about?
We made the music first and I had some visions about the lyrics during the songwriting process. After we had done almost all of the instrument recordings, I wrote the lyrics in few sessions. Usually when I write I don´t have anything particular in mind, I might have the opening line and then it will just write itself. It´s probably just coming somewhere from the subconscious, things that linger there.

In what ways would you say the music of THROES OF DAWN has changed since the beginning compared to now?
I would say it´s more versatile and there is more depth into it. One could say that the music has matured. Less aggression and more feeling. I see that only as a positive thing. Let´s not forget that we are over twenty years older than when we started. With age you get more experience, comprehension and perspective. 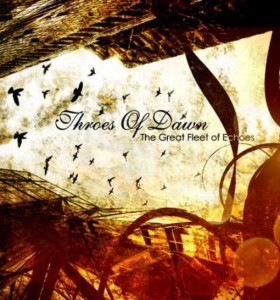 How different are things now, compared to back then, and do you miss the way things were with the THROES OF DAWN of old?
Nostalgia is dangerous as our memory always brings up the good things from the past. Yes, they were good times, but things are much better now. I think as a band, we are more unified and there´s a very good spirit among the members. These are very nice people, and I feel very fortunate that we have this opportunity to make music together. It´s hard to put into words, but whenever we are playing, even in rehearsals, it feels somehow special and magical.

Does your new music face reflect any of your ideas,feelings related with real life?
Yeah, it´s all somehow related to my life and experiences. It´s written in a way that it doesn´t give out too much of my private life, but it´s all based on true life and true feelings. I think it makes the music more honest and intimate. I feel it´s the only way to make this kind of music. It has to be honest and be based on something that is real.

Do you find your music also attracts for fans alternative kind of genres?
We are a band that people either love or hate. There are many metalheads who don´t like it all, but still at the same time many of them find it very appealing. Gladly we have noticed that we have fans that listen to other kind of music too. That´s great, really. Because it´s the music that matters, not the genre or category. We feel that we don´t really belong to any category at the moment. But we are fine with that. We are just concentrating on the music.

Can you talk about your inspiration for the album, the concept (if any) and the artwork?
I think the most inspiring thing for me was the music itself, and the band working behind it. „Our Voices Shall Remain“ is a sort of tribute to the band and all the times spent together. The original idea behind the tittle is about how a bunch of people get together and bond through the same goal and create something abstract, like music, that will live on and remain even after we are gone. 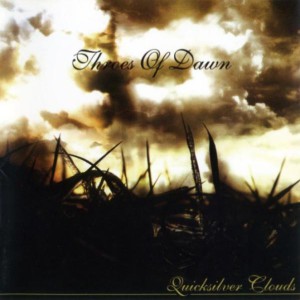 The artwork for the album was created by Costin Chioreanu. He is a true master in visuals, he has his own personal style that somehow appeals to me very much. I contacted hime and after he heard the album he wanted to create the artwork for it. I think he mentioned that he listened to the album repeatedly for quite many times while painting. I think he did a very good job. I´m eternally greatful for his output. Usually I´m quite control freak when it comes to our releases and I try to be involved in everything… but I trusted Costin´s talent and didn’t advice him beforehand in any way.

Could you tell us a bit more about your collaboration with your label Argonauta Records? It‘s probably small label… Can you benefit from it ?
I can tell you that when we were looking for a record label to release this album, there was not that many who were interested. Probably because we have our past in different kind of music and we have been away for such a long time. The fact that we are not willing to sign just any contract might have disturbed some labels. We have learned our lesson from previous albums, and we will not give out any rights of the music to any record company.

While we were searching for the label, a good friend of ours, Tomi Mykkänen, hinted about Argonauta records and we contacted them right away. Argonauta is quite young label, but it has released a massive amount of nice releases. While negotiating with Gero, the guy who runs the label, it became very clear that this is a guy who knows what he is doing, and he is doing it for the right reasons; he is driven by a passion to the music, not money making. Something that can be quite rare in the so called music industry. We signed a deal that could fit into one A4, and it had all that was necessary to release the album. It was a refreshing experience after reading through some 40 page rip-off deals that some others offered.

Argonauta has been very good to us and we can recommend it to anyone. We are aware that it´s a small label, but so what? Most of the interesting music come from these small labels anyway.

Do you have plans for releasing another album in the near future? If so, when can we expect it?
We have been working on some new material, and we have some songs which are already sounding very promising. I would hope that this time we can have everything ready faster than last time, but we will see. I would hope that we will get everything completed within two years.

Thanks so much for this interview… All the best and take care!!
Thank you!