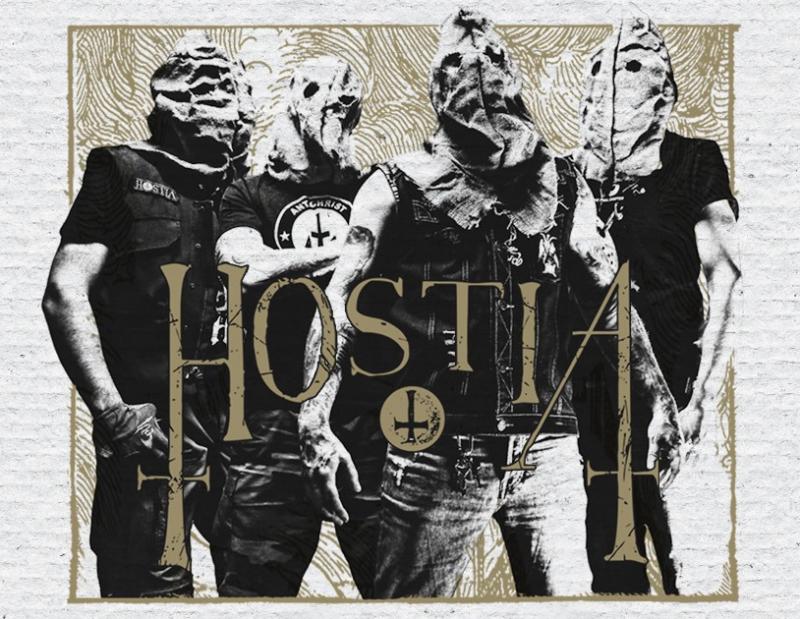 HOSTIA – Polish grindcore band. The group was established in 2017 in Warsaw. It engages musicians who have been active on the metal scene since the late 1990s. The band presents an openly anti-clerical and anti- religious image, further reinforced by the pseudonyms of the members, which were borrowed directly from the dead Popes: St Sixtus, St Anacletus, St Evaristus and St Xyxtus. The first album titled simply Hostia was released in 2018 by Via Nocturna and incorporates 13 uncompromising tracks both musically and lyrically. The preservation of anonymity and the minimum dosage of information emphasizes the underground attitude of the group. You need nothing more than the music.