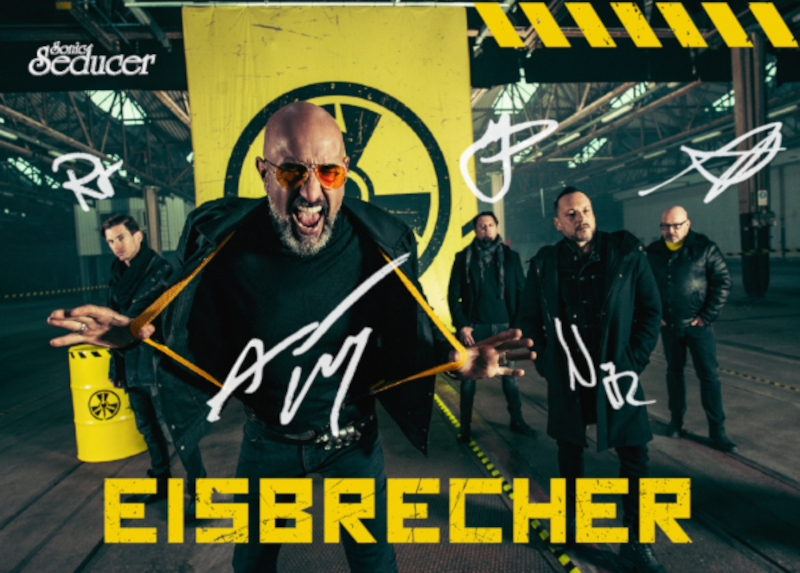 More than once in the past few months one could have got the impression that the world had stopped. But it is still turning. For some maybe – felt – a little slower than expected, but for others at the usual pace. At EISBRECHER, however, the earth is currently rotating even faster than ever before: The cover album “Schicksalsmelodien” was released in October 2020 and immediately placed 4th on the album charts. And while the last note of this disc, remarkable in many ways, has not even completely faded away, the new regular, eighth studio album, “Liebe Macht Monster”. With more than a dozen new icebreaker hymns, the upcoming disc offers many fascinating, multi-faceted and extremely powerfully produced songs, which singer Alex Wesselsky aptly describes as “eternal icebreaking bloodlines between rock / metal and electro-industrial pop”.

Three and a half years after their number 1 album “Sturmfahrt” (2017), Alex Wesselsky and guitarist, producer / programmer Noel Pix have readjusted all the adjusting screws of their unmistakable sound and put every little detail to the test in order to give the fans a gripping and versatile work present. And while so many established acts have fallen into lethargy due to the currently difficult times, the two have set off a veritable avalanche of creativity. “The first important step was: Reset all,” explains Noel Pix. “In order not to get stuck in your own artistic loop in terms of production, you sometimes have to throw well-tried things overboard. Therefore, all of the carefully collected sounds from the last few years ended up in the trash. It is best to write on a blank sheet of paper. “Wesselsky adds:” For us it has always been the case: only what knocks you down can blow away others! And so it just started … Bamm! The first steps: cigarette on, brain on, heart on, computer on, phone on, door open, cigarette on, cigarette off, microphone on … next song! “