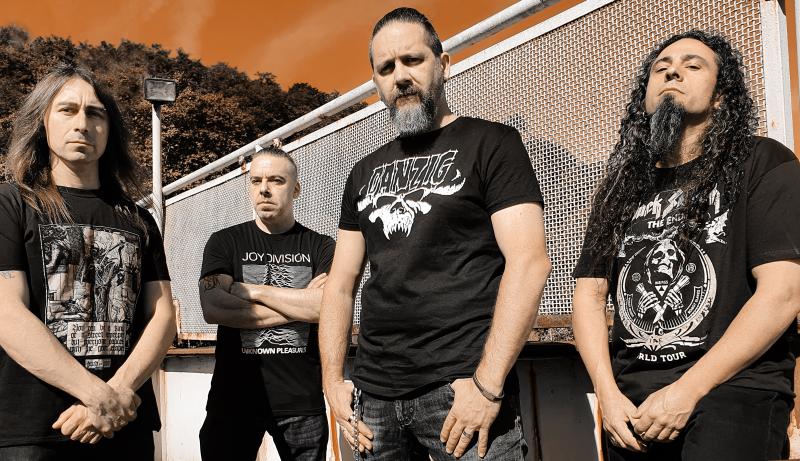 DORMANTH was born in Bilbao in January 1993 after consolidating their formation they recorded their self-produced demo “Sadness” in January 1994, which sold all copies and opened several doors, and they showed their value by playing live throughout the Iberian Peninsula. A year later, they decided to take the leap and record their 1st album “Valley of Dreams”, establishing them as one of the bands with the greatest projection inside the national extreme metal scene. Following a period of playing gigs.

In 1996 the group ceased its activity, coming back in 2015. That year, the EP “Voice of the Soul…” was recorded as an anniversary gift for fans, who still demanded their return to the stage. In 2016 DORMANTH releases its 2nd album entitled “Winter Comes”. In 2017 Dead Sheep Productions release “Valley of Sadness” which contains all their classic works (Demo, 1st album plus 2 live tracks) in a compilation CD full of pictures, posters, flyers, original artworks, lyrics and info about the band. In 2018 Dead Sheep Productions in cooperation with Base Record Production & Necromance records, releases “IX Sins”, DORMANTH’s third album. The band recorded the first official video for the track “Like Ice” and DORMANTH toured after 22 years with Oscar Del Val & Javi Martinez (2 of the original members), Isma Fernández and Miguel Richart completed the line-up for the live shows.

“Abyss” EP 2019 The idea of the recording came while DORMANTH was finishing the “Valley of Sadness Tour 2018”, the band was working very well on stage and it was the right moment to write new songs with the “live” line-up. “Abyss” was released in May 2019 thru Base Record Production. “Complete Downfall” is the band’s fourth album and first for Xtreem Music. The album contains 11 tracks produced by Pedro J. Monge (Vhäldemar) at Chromaticity Studios. Double bass drums, melodies and catchy choruses will prevail on many of the songs along with others more at mid-tempos continuing their traditional melodic Death Metal style. The album will be released in December 15th 2020.