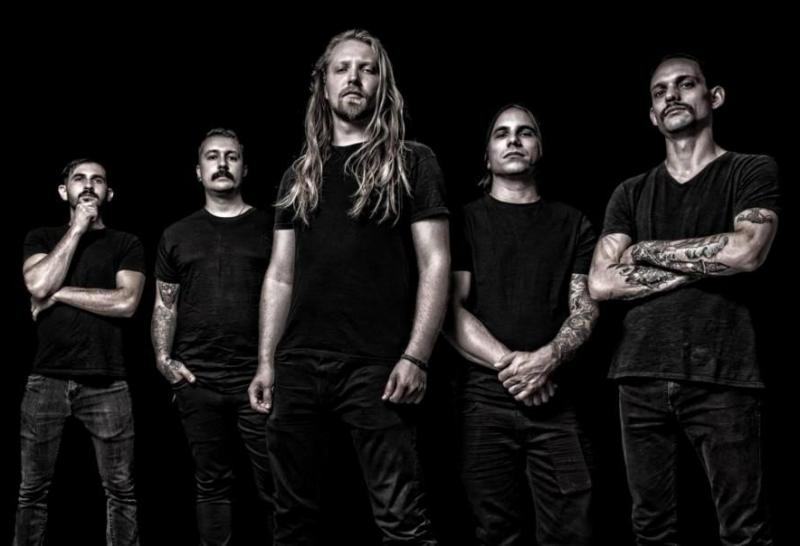 Black Lion Records is thrilled and proud to announce that they have signed an agreement with HINAYANA, a full fledge Death/Doom monster which now ranks as the hardest hitting band around the thrash lands of Texas.

With a fresh album out, Hinayana took the world by storm with their debut album “Order Divine”, which was released earlier this summer. Constantly playing live and opening for great acts such as CARACH ANGREN, WOLFHEART, MORS PRINCIPIUM EST and many more, and together with a successful debut album that quickly spread throughout the scene like fire, the band is now getting ready to take over the world.

Black Lion will be reissuing their debut album “Order Divine” (CD/Digital and other secret formats) in 2018 and 2019. The band is currently working on a new EP expected to be released sometime next year.

More exciting new shows and their first European festival already on the way, to be announced shortly.

Black Lion comments:
“We are beyond excited to be able to work together with HINAYANA! Upon discovering the band in early 2018, we were blown away by the massive sound and the professionalism that the band presented, both visually and sonically.”

HINAYANA comments:
“We are proud to announce partnership with Black Lion Records of Sweden! We are very proud to be a part of the Black Lion family and to be working so closely with people who believe in us. We’d like to thank Oliver Dahlback for giving us this opportunity. We look forward to the many amazing things that will inevitably follow from this partnership!”